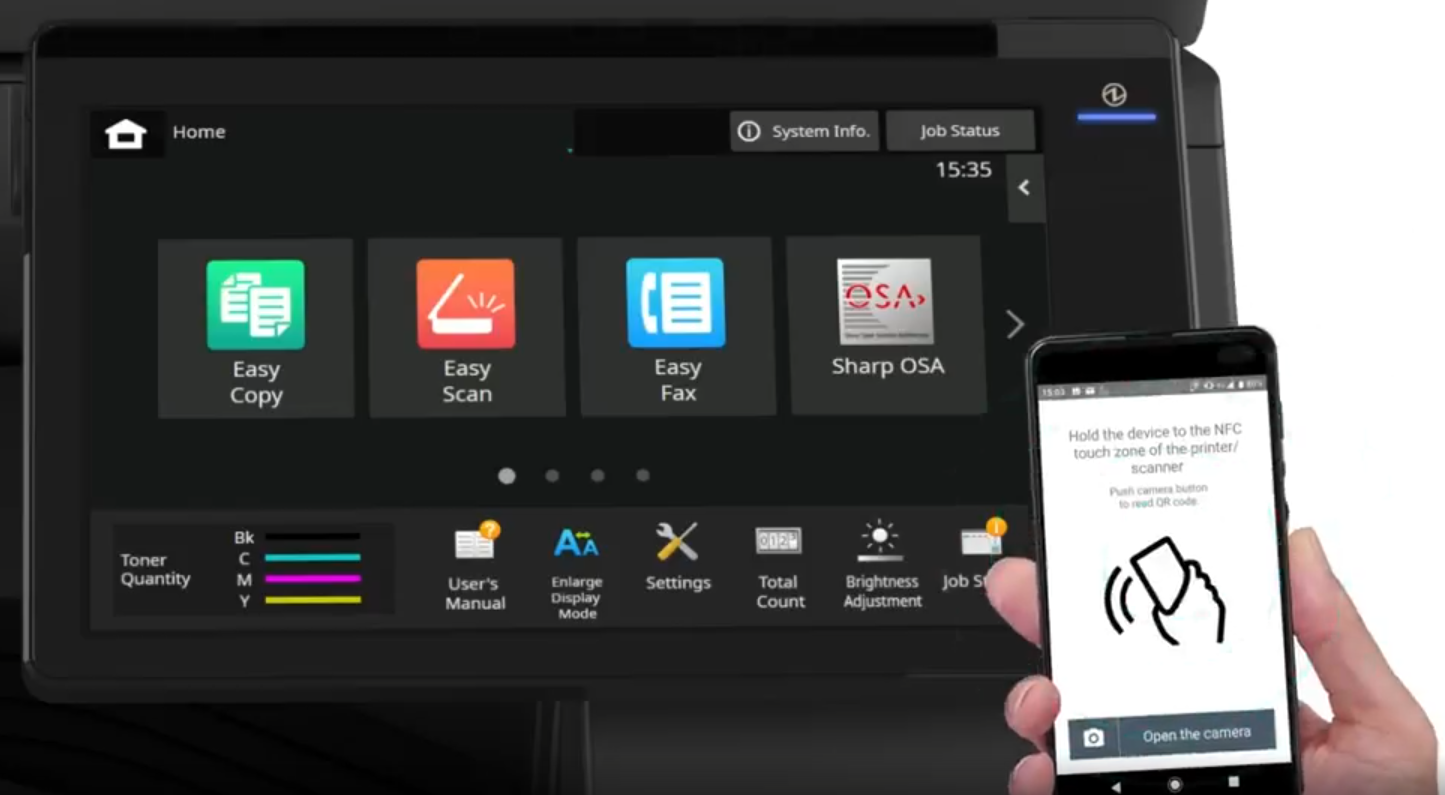 A new fleet of Sharp document systems has a release date around the corner. A teaser video was released last week on LinkedIn, but we haven’t gotten any more details from the manufacturer yet. Slowing the video down revealed a few details that are noteworthy.

If we pause the video as it’s doing a right to left sweep we catch a glimpse of a model number – BP-70C45. I’m not putting too much stock into this because normally the model numbers do not have letters between numbers. Traditionally the first two numbers in the model number have indicated the speed, and the last two indicate whether it’s an essential or advanced series machine. The middle range machines only have speeds up to 60 pages per minute, so 70ppm in a box this size might be a stretch. That being said, it would be nice to add some more firepower to the middle segment for someone who wants more speed, but doesn’t print enough to justify a higher segment model. 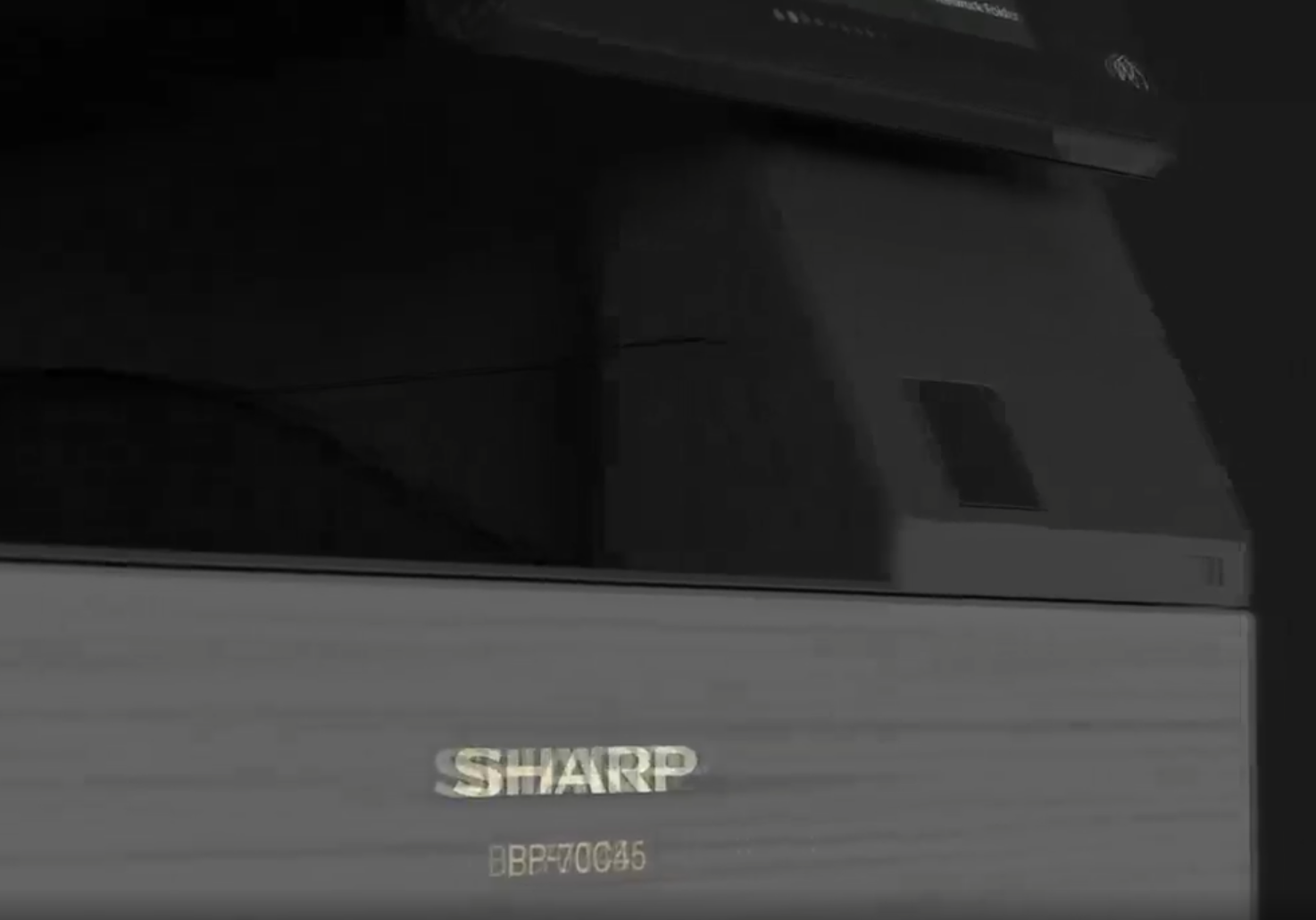 The video seems to show that this device has to 300-sheet single-pass feeder that was only available on 70+ page per minute models until now. One of the differentiators between the Advanced and Essential series at the moment is the document feeder, so I can only assume the new Advanced series will have the 300-sheet single-pass feeder, and the essential may have a different one with less capacity that only scans single sided. If you do a lot of 2-sided scanning or copying the Advanced series document feeder alone will justify the difference in cost between the two models, without even bringing the other features into the conversation. 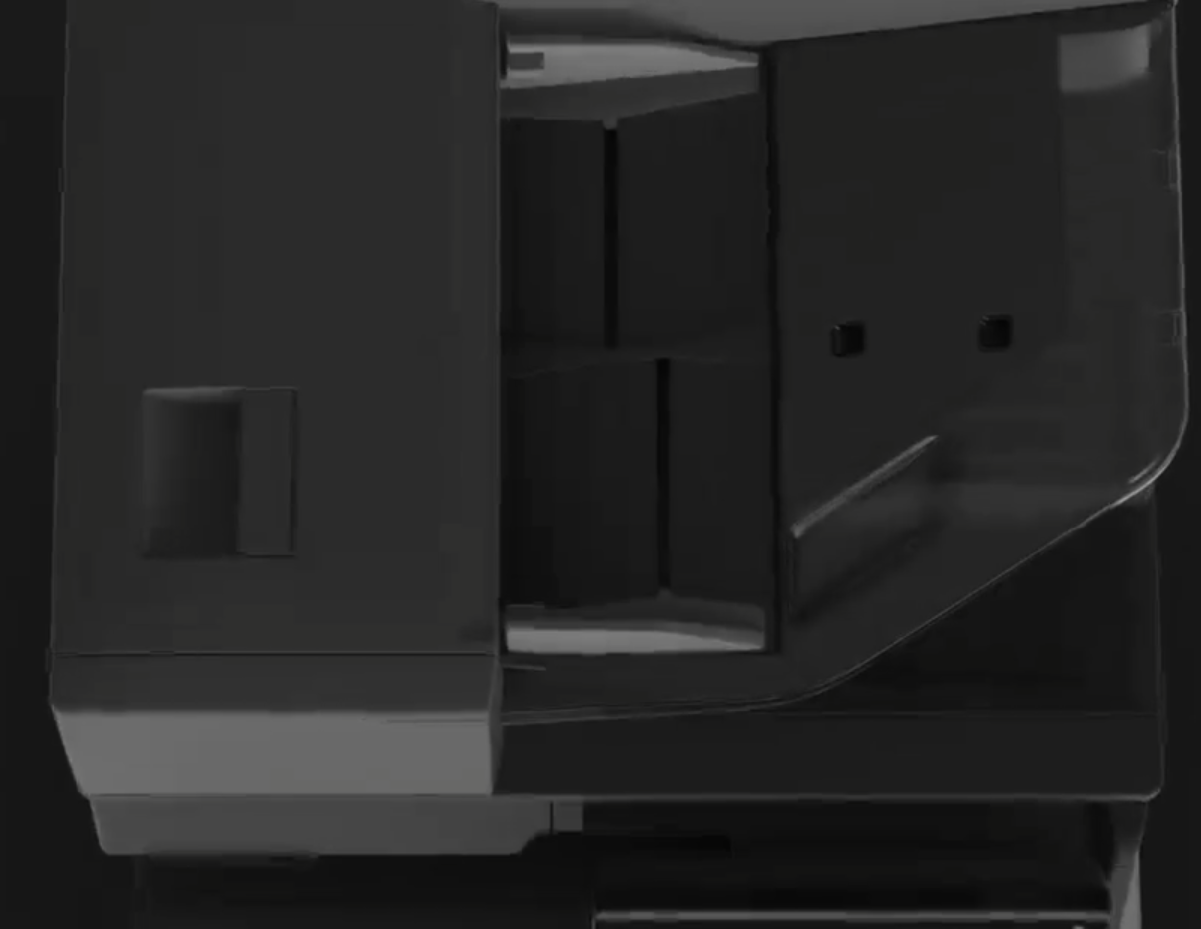 The current Advanced and Essential series have the status light bar on the front of the machine and it looks like the new series debuting soon will have it too. This is a great feature that helps spot a problem from a distance, as it will turn red when the machine requires attention. The larger print shop style machines can add a light bar that sticks out of the top of the machine, this is a features that is included at no cost for everyone, which is nice. 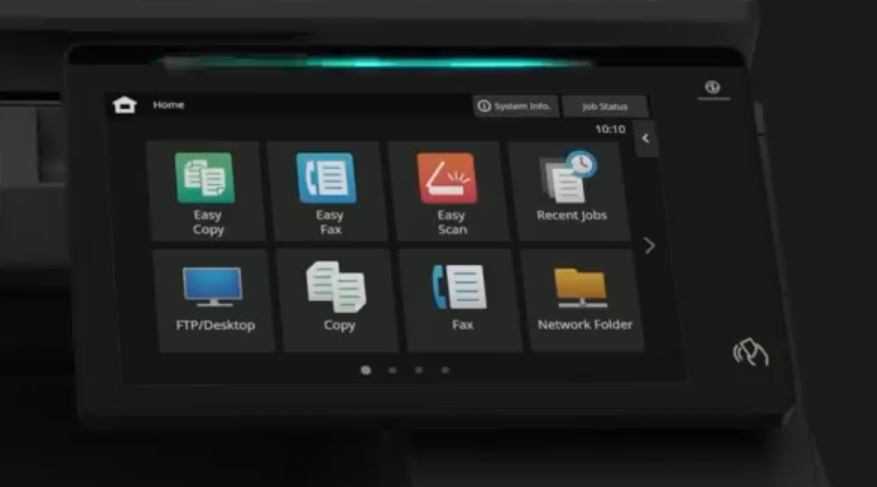 While the current series has a NFC reader installed it is limited in functionality. I’d love to see the reader be customizable to open a web URL for service and supplies, or to a page with a how-to library (although the user manual is embedded into the machine as well). While the operating system appears to be the same as it is currently, which is a huge advantage in itself, we’re probably going to have some new features built in, or old features that are improved upon in the new series.

We’re excited to see what Sharp have produced and we’re ready to start selling it! We’re confident they will stay ahead of the curve, as they always have, with features and security measures to keep your office efficient and your data safe. Contact us today for a free quote!

Get a quote to compare with your current contract!